August has been another strange month which has continued the pattern of rather cool and wet and then some very warm weather for the last week to 10 days. In the SE it has been high pressure dominated with the NW being wetter with Atlantic systems continuously brushing the coast. The end of the month saw some very hot weather which was the longest warm spell of the summer. This made the bank holiday (not Scotland) weekend a record-breaker.

Overall the CET (Central England Temperature) ended the month on 17.06c which is 1.1c above the long term normal. There was one CET date record on the 25th where it got to 21.7c breaking the record from 1899.

Its been another warm month in Watford with the highest temperature of 34.4c on the 27th. The month had 4 days above 30c, so not that many and with 13 days above 25c. The lowest temperature occurred on the 12th with 8.9c, the coldest day was on the 14th when it rained for most of the day, the maximum that day was 18.1c. It has been an average month for rainfall with 30.9mm falling with 15 rainy days.

Looking ahead to September

With the start of September, the outlook is looking autumnal with NW winds increasingly likely, but in the SE where it will be closer to the high pressure, there should be some warmth occasionally. But the fly in the ointment is that there may be a few hurricanes which will pump up the heat from the Carribean. This could also increase the chance for more high pressure or reinvigorate low-pressure systems to come closer to our shores, so I think the 2nd half of the month will be much warmer. This will continue the repeating pattern where each month since May has seen a very warm last week of the month. We will see what occurs, overall I think it will be another above-average month but only by 0.5c above the longterm norm.

Summer overall has been quite warm and peoples impressions would be that it has been a good summer. Though this feeling would be from the midlands south. People up north would think its been average with long spells of rain and lots of flooding. It has also been a windy month, with quite a few gale days which wouldn’t look out of place in the autumn. 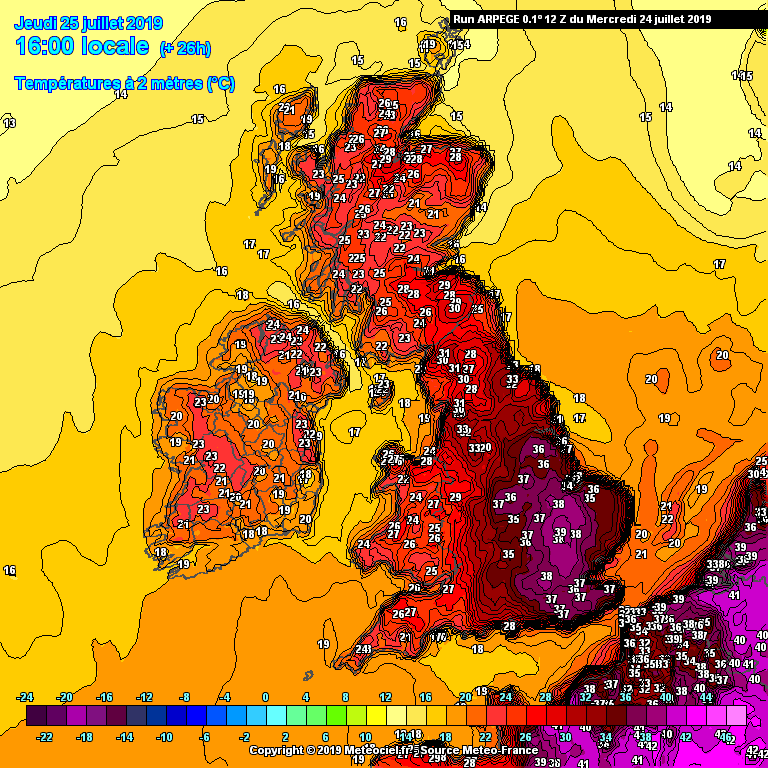 It will be remembered in the UK for breaking the all-time record in Cambridge in July, getting to 38.6c on the 25th! It was also the 2nd time we broke 100F and lots of other records were broken. Read more about this on my previous blog.

In Watford, the telling stats would be how many days over 30c and over 25c, below I have listed them for each month. The UK stats will be added when they come out from the Met Office in the next few days.

Summary for August 2019 in Watford