On the 21st February 2018 it was the opening of an exhibition for Rachel Howard & John Copeland at Newport Street Gallery. It was great to view the art before the gallery opened to the public. Some provocative pieces which will get you talking, I especially like Howard’s work with the symmetry of strokes.

Repetition is Truth – Via Dolorosa is the name of Howard’s first UK exhibition. This body of work was the subject of a 2011 exhibition at Museo d’Arte Contemporanea Donnaregina, Naples, Italy, curated by Mario Codognato.

Commissioned by the Murderme collection and produced between 2005 and 2008, the series takes inspiration from the Stations of the Cross, ‘Via Dolorosa’ being the path taken by Jesus to Mount Calvary. Whilst referencing the long art-historical tradition of depicting the Stations, ‘Repetition is Truth’ also offers a broader commentary on the universality of human rights abuses.

Religion, repetition, mortality and violence – particularly controlled violence – are enduring themes in Howard’s work. These fourteen, large-scale paintings are accompanied by a small 2005 study of Ali Shallal al-Qaisi, the Iraqi detainee who was photographed being subjected to torture at the hands of American soldiers in Abu Ghraib prison in 2003. When these now-infamous images of Ali Shallal al-Qaisi – hooded and standing on a box in a cruciform position – were released in 2004, Howard took particular note of the box. She explains: ‘The box is almost like a plinth – I was thinking about the cross, the Crucifixion, and how it related to this box as a twenty-first century place of horror, humiliation and human rights atrocities, and I couldn’t help but connect the two.’ As one moves between the Stations, the box variously emerges, or appears almost submerged in the paint, before eventually vanishing.

John Copeland – Your Heaven Looks Just Like My Hell

Your Heaven Looks Just Like My Hell is the name of Copeland’s first UK solo exhibition. It features twenty-five paintings, dating from 2009 to 2017, taken from the Murderme collection. Copeland’s paintings feature tactile, impasto surfaces, rendered in oil and acrylic paint.

Copeland’s habitual use of familiar art historical motifs – the nude, the table and the skull, for example – allow him to explore the complications inherent to image-making and representation.

The Brooklyn-based artist describes the content of the canvases as a ‘starting point for a conversation or a digression… like a riddle or a bit of a poem [that] raises questions that aren’t really answerable’. He works from a plethora of found sources, usually photographic; mid twentieth-century magazine cut-outs, Americana and biker imagery among others.

His work is, in large part, an exploration of the ‘act of looking’. He states: ‘I’m concerned with the dynamic between surface and undercurrent, myths and realities. All of my work plays with the act of viewing and being aware of the act of viewing, in terms of our collective visual culture and the images we see with every day.’

Below are some more of the photographs of the art work and a bit about the artists, more photographs can be found on the links below. 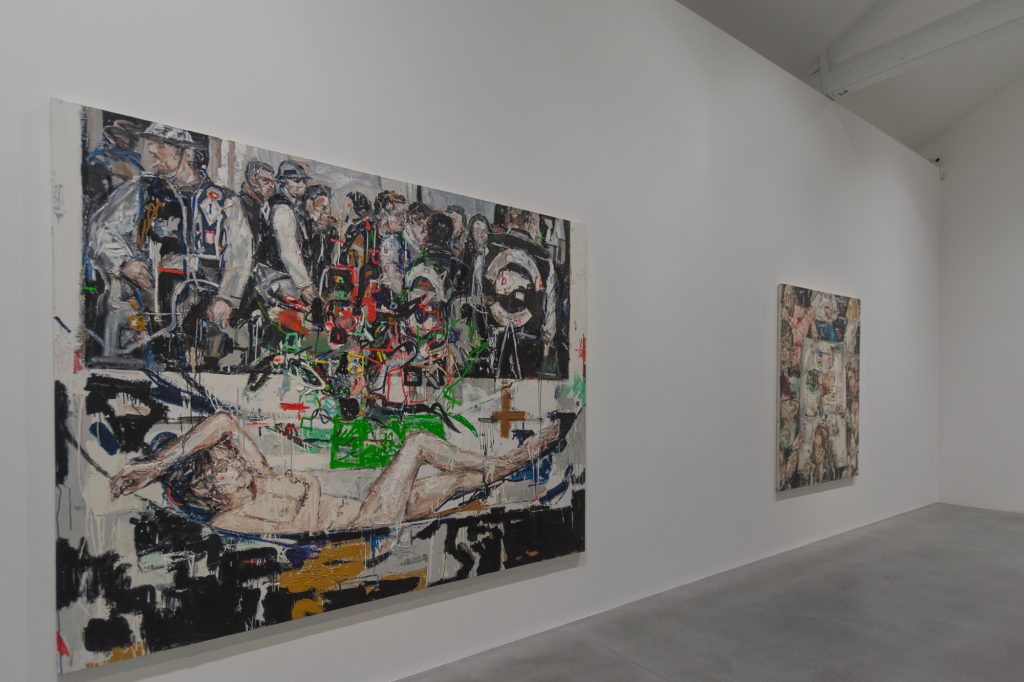 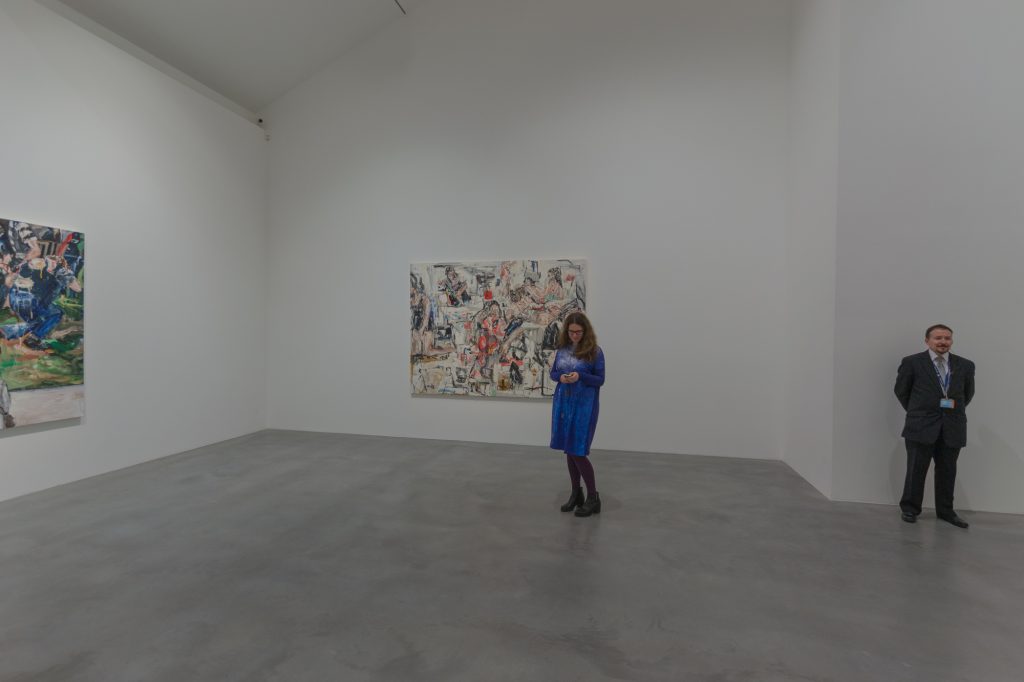 Thanks to IgersLondon & Newport Street Gallery for the invite, very much appreciated.

How to get there?

The exhibition is at Newport Street Gallery, the closest tube stations are North Lambeth & Vauxhall, both are a short 5 – 10 min walk away. The address of the gallery is Newport Street, London, SE11 6AJ. The opening hours are between 10am and 6pm and are free, both of the exhibitions are open till 28th May 2018.