Discover Watford’s history at the Heritage open days taking place this September (12 – 22nd). There are over 20 events/tours happening, from the Town Hall to Watford Football Club and the smaller venues of Cassiobury House. Also, you can get behind the scenes at the Pump House. Find out more of what’s on using the Watford Museums links below.

Many thanks to Watford Museum for organising the events with the help of quite a few volunteers. Use the link below to see the events to sign up to them, but be quick as some of them like the Watford Football Club tour are already full. 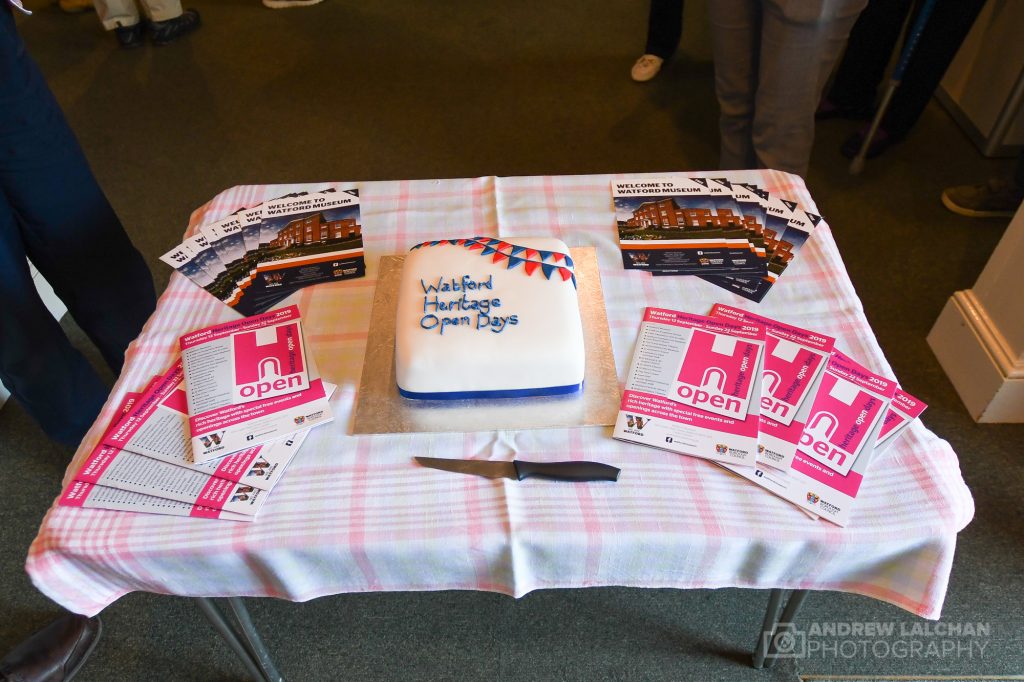 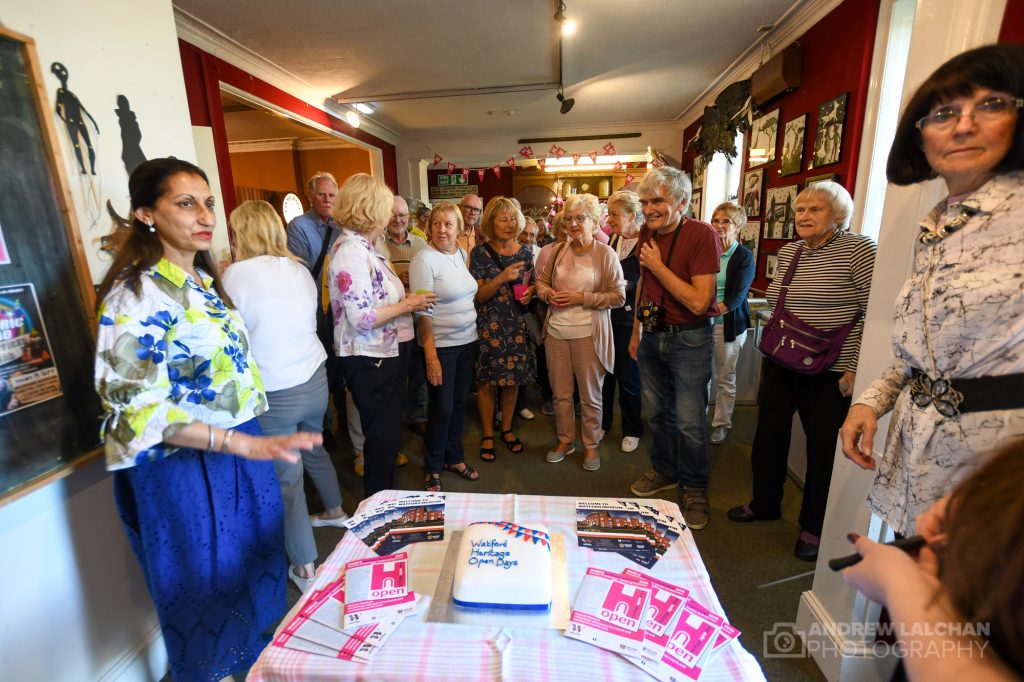 Below are the ones I will be going to this year, with a write up on each, this blog will be updated during the week.

There was a full house for the launch of Heritage Open Days in Watford, it was held at the Watford Museum with an interesting talk by Janet Golding on the hidden Almshouses in Watford. This was the first time I heard about these houses which were mostly set up in the 17th to 19th century. Some of them still exist but others have been demolished or went into disrepair over the years.

Almshouses are a type of affordable housing run by charities. They’re usually for older people with a low income. The first Almshouse was founded in the 10th century. In Watford, there are still some around at Gosling House, Church Road and near the museum. But some have had their status changed and are now just normally rented properties. 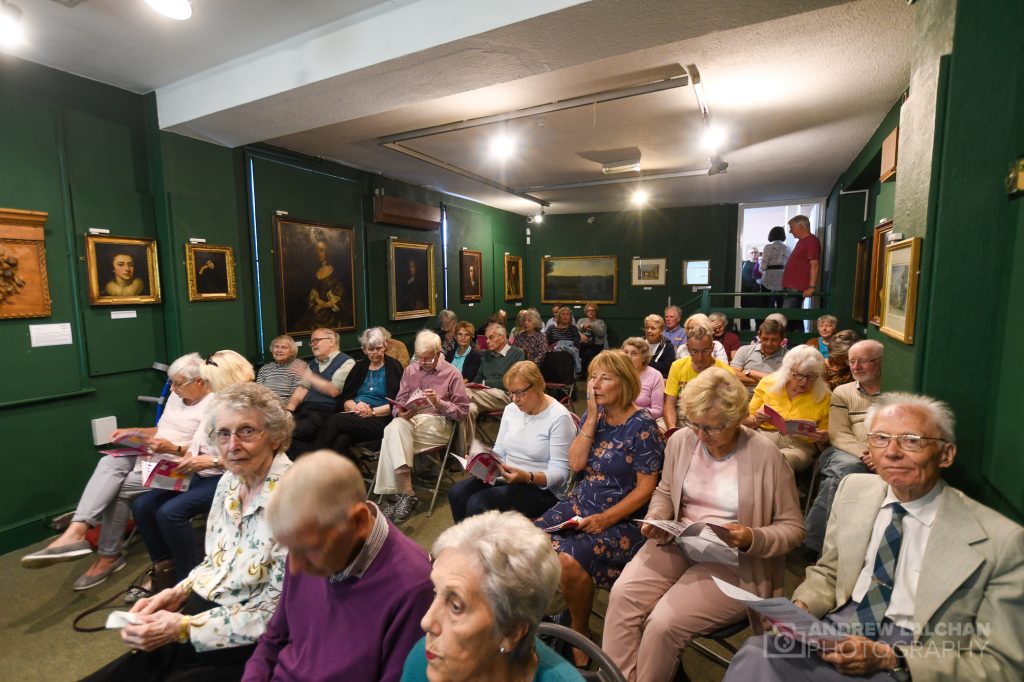 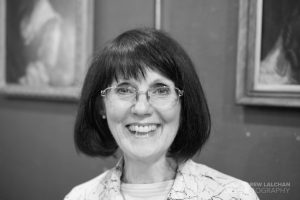 The town hall building was built between 1937 and 1939 by the architect Charles Cowles-Voysey. It is an art deco design and still has most of its features from when it was built. The tour went through the main parts of the building, which included the council chambers, the mayor’s office and the meeting rooms. The rooms are highly decorative are exactly the same as when the building was completed. 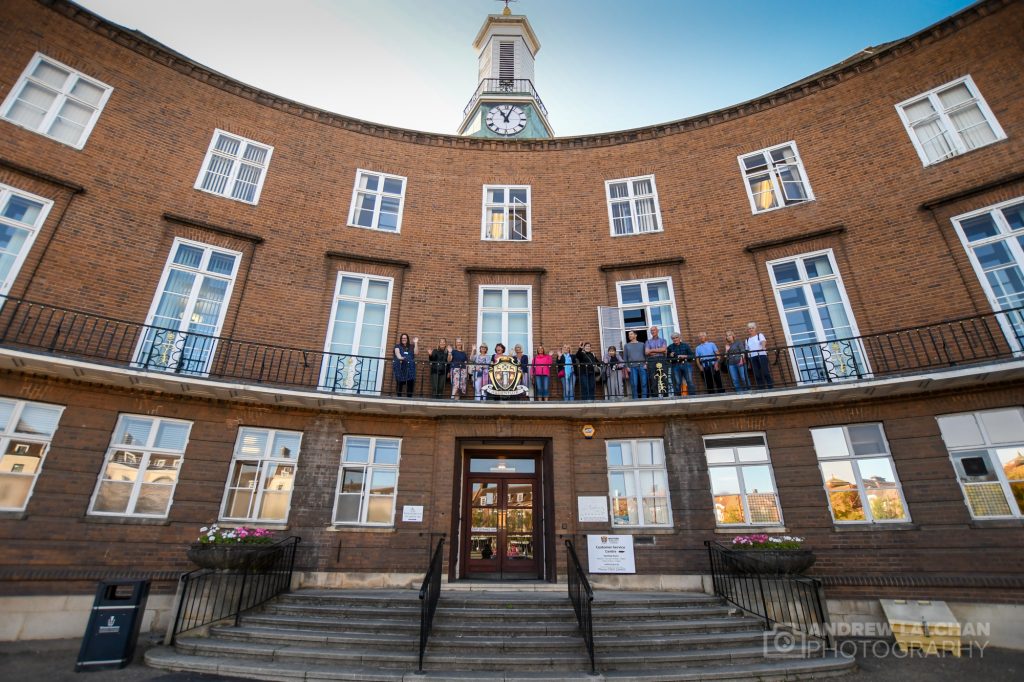 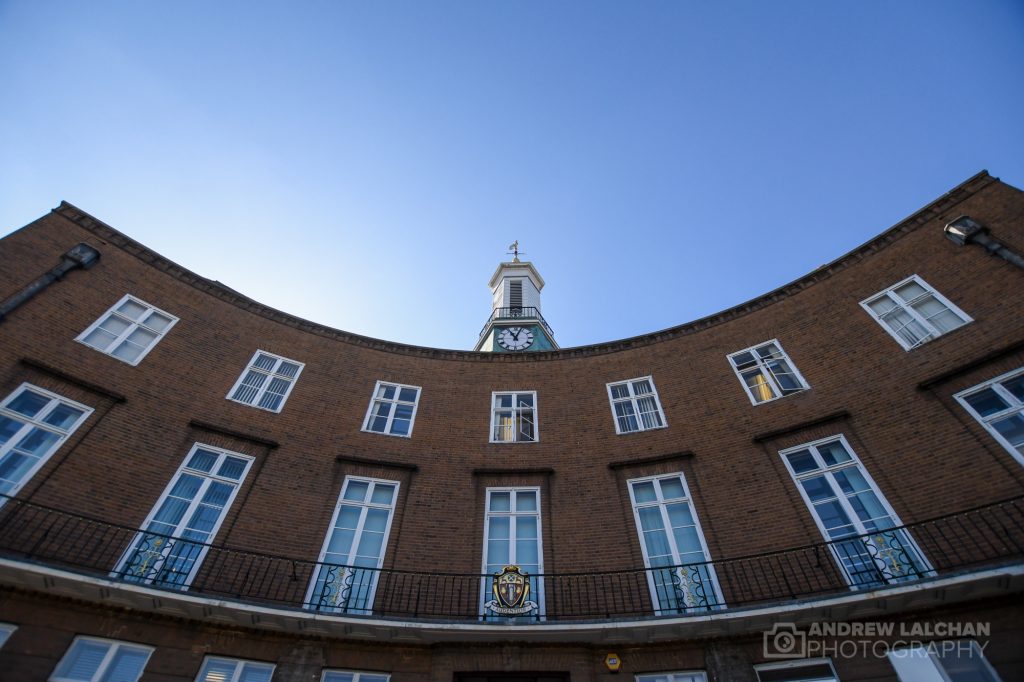 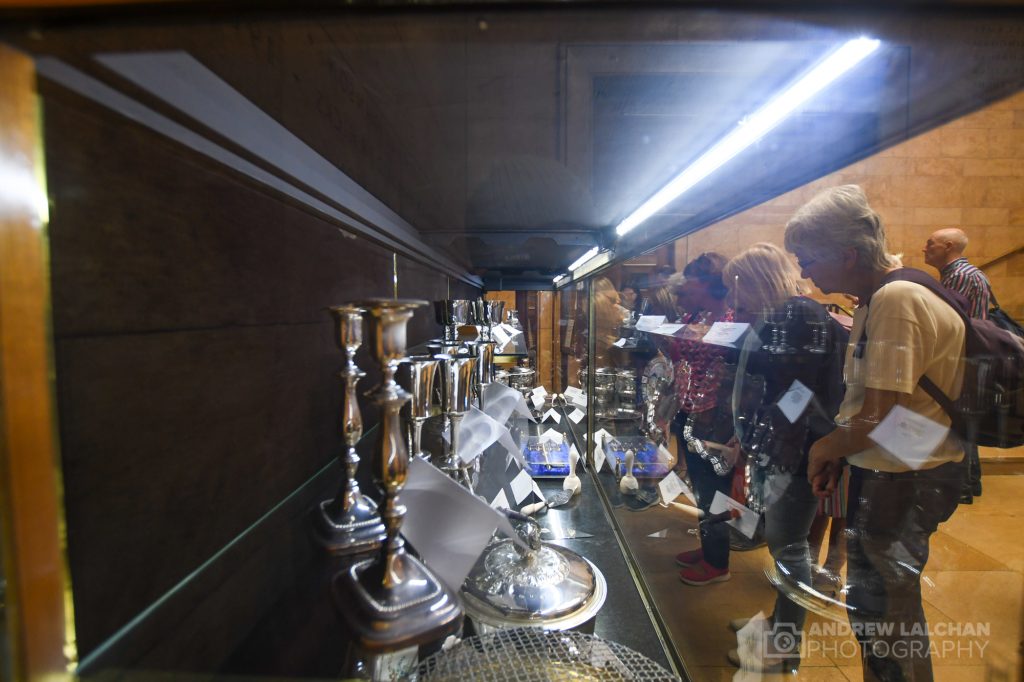 Tour of the Townhall – Heritage Open Days, gifts from various people to the town. 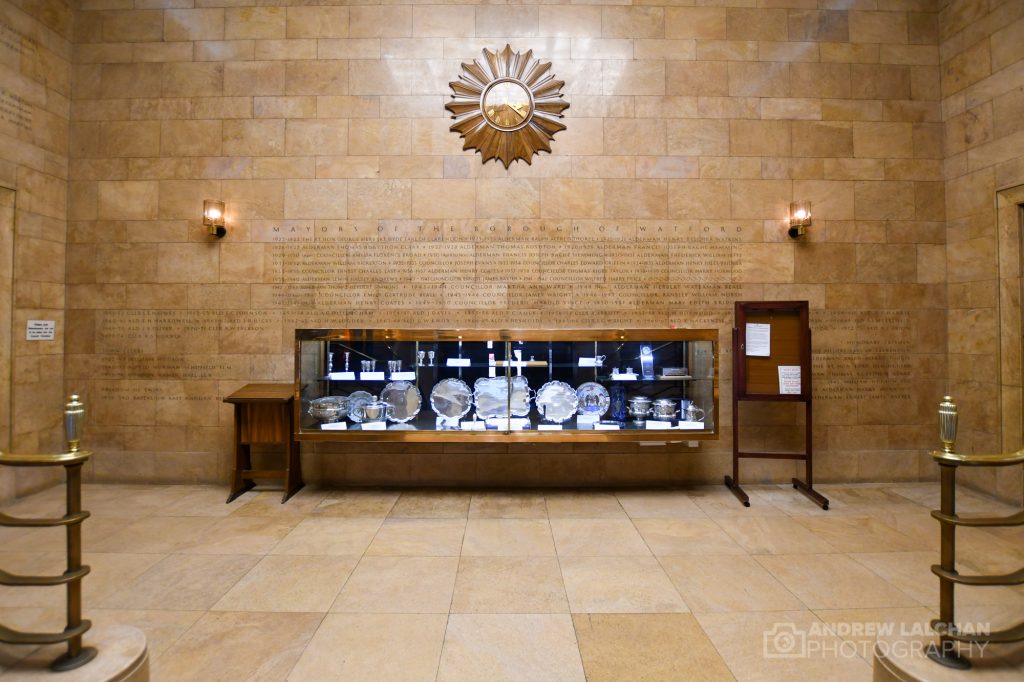 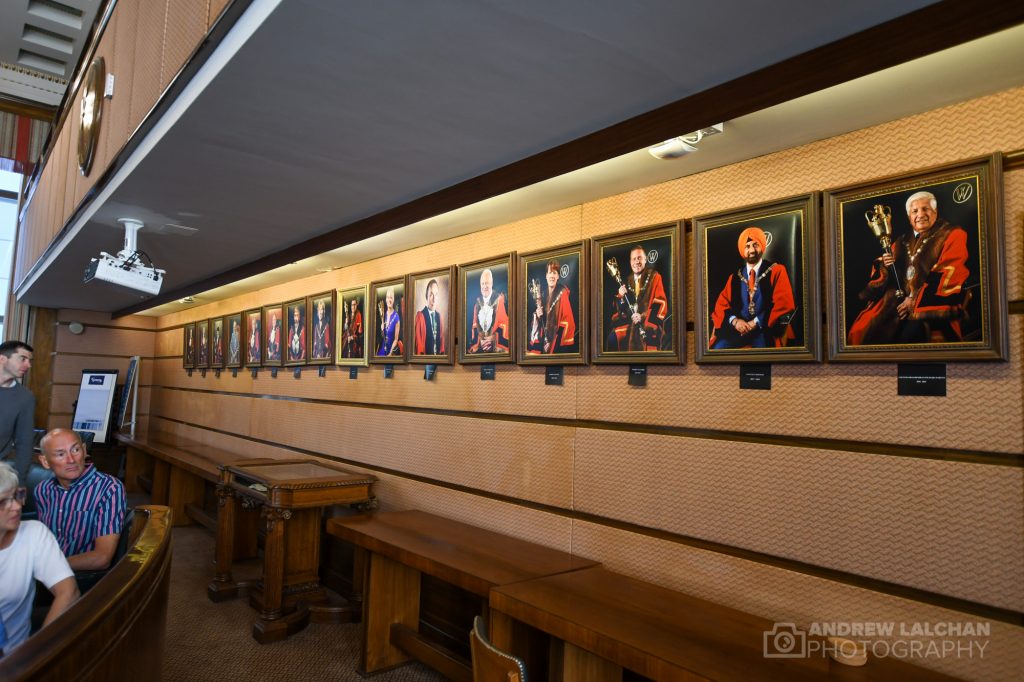 Tour of the Townhall – Heritage Open Days, past Chairmans 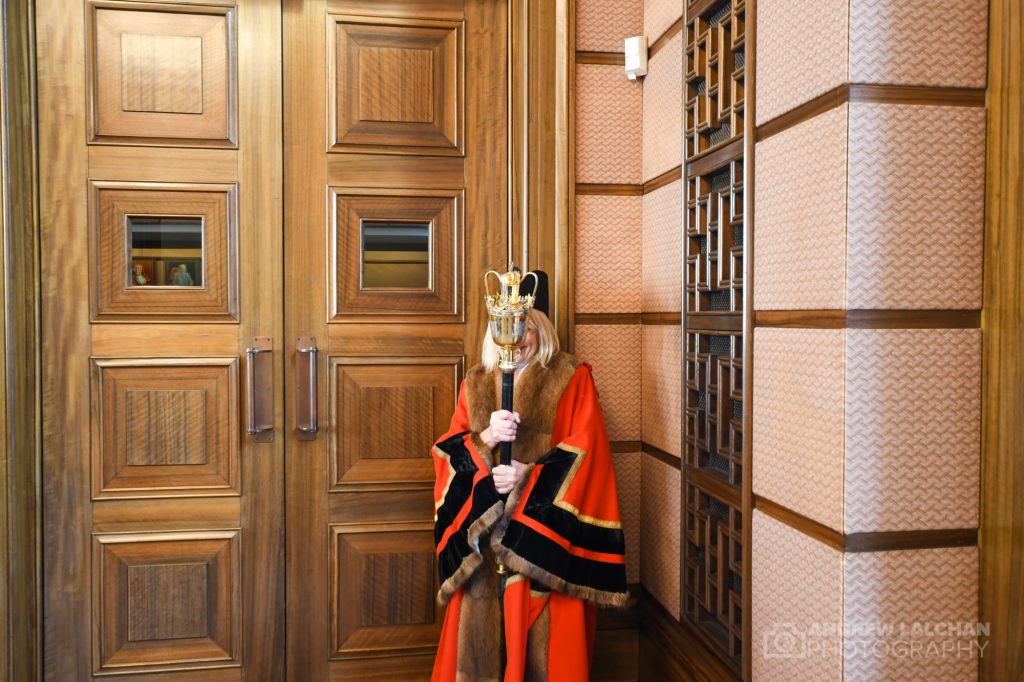 Tour of the Townhall – Heritage Open Days, holding the mace 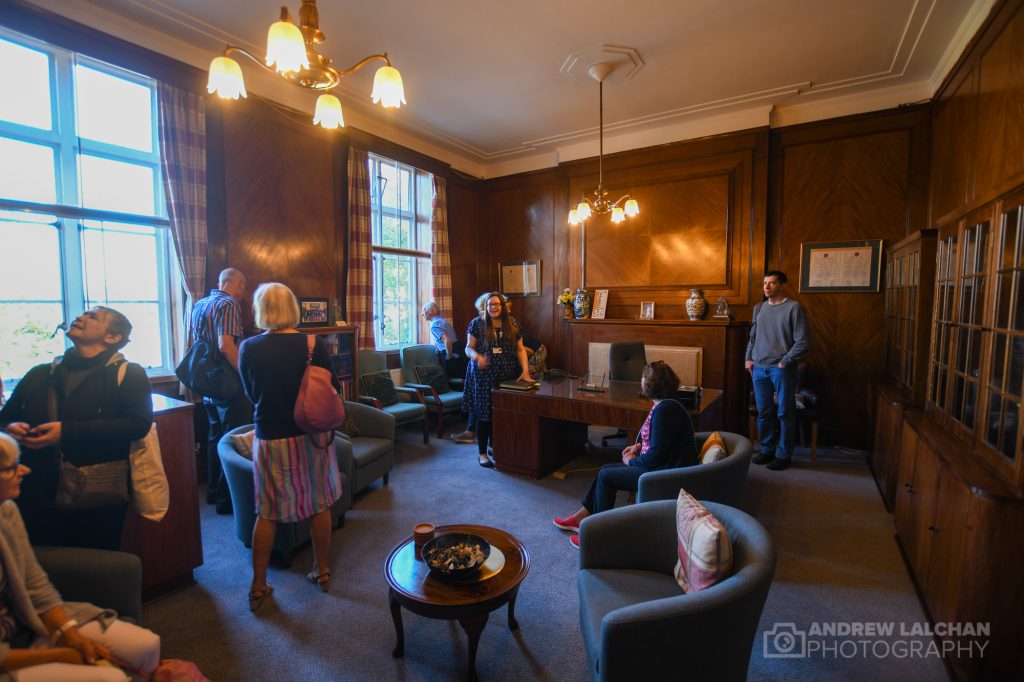 Tour of the Townhall – Heritage Open Days, inside the Mayors office

This is one of the oldest buildings in Watford rarely seen it also was open for a tour as part of the Heritage Open Days. It is a modest Queen Anne house in keeping with the style when it was constructed in 1690 and 1710. It hasn’t been lived in since the 1920s and was at one time used by the college as classrooms in the 1960s until about 10 years ago it was also used as council offices. It has fallen into disrepair as can be seen in my photographs and lots of work needs to be done to it. If you have got a spare couple of million and can think of an idea of how to generate income from the building then Hertfordshire Council might want to hear from you. 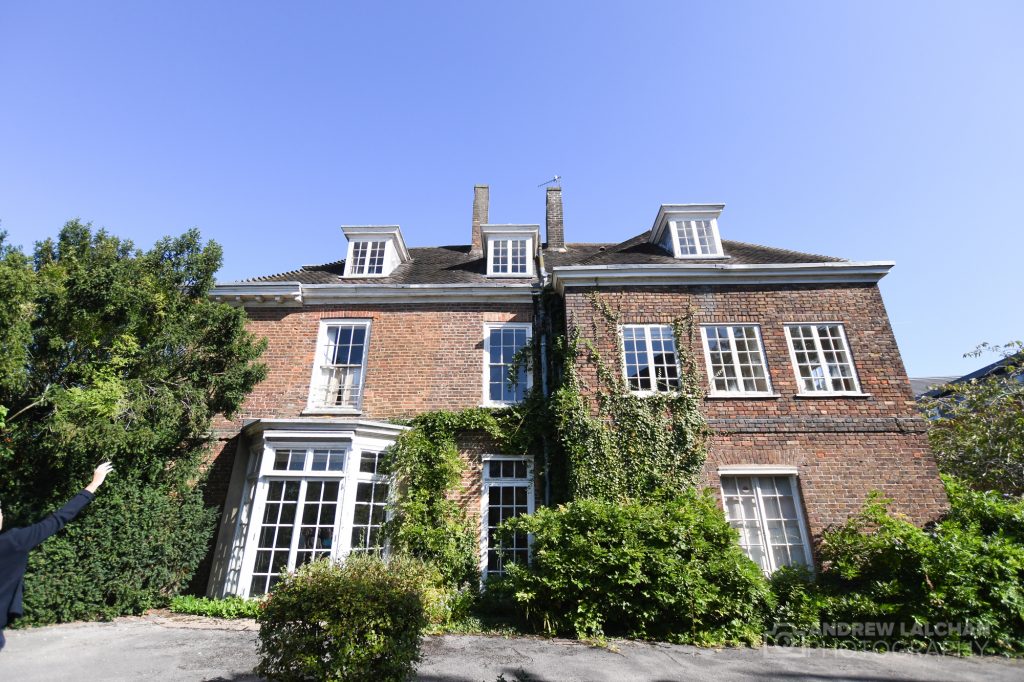 The house after it was built in 1710 was used as the home of Lady Elizabeth Capel who was the Countess of Essex after her husband died in 1863 after being imprisoned in the Tower of London. She lived in the house until her death when she was 82 in 1718. Most of the old features are still visible and over the last couple of 100 years, it has had additional parts built onto it.

The Cassiobury Estate was once part of the historic seat of the Earls of Essex, it remained under their ownership until 1922 and was sold after the death of the 7th Earl of Essex.

In 1539 St Albans Abbey claimed rights to the manor of Cashio as part of the Dissolution of the Monastries. Watford was then divided from Cashio and Henry VIII made himself Lord of the Manor of Cassiobury. This was then transferred to the Kings courtier Sir Richard Morison. The grandson of Sir Richard whose name was Charles had a daughter called Elizabeth, she married Arthur (Capel family) who later owned the property but he was executed by Parliamentarians in 1649 after serving Charles I during the civil war (1642 – 49). The estate was then sequestered and passed through various owners before being recovered by the Capel family.

The first Earl of Essex came into being after Charles II was restored to the throne, his name was Arthur Capel. It was the first Earl who commissioned an architect (Hugh May) to rebuild the house at Cassiobury. 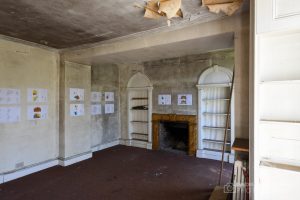 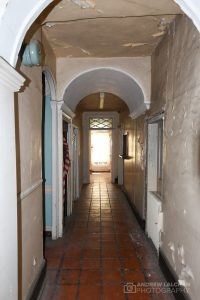 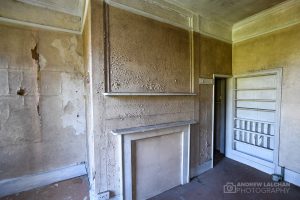 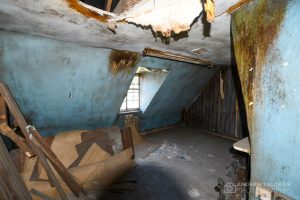 Check out the rest of my photographs on the Flickr link and don’t forget to sign up to my newsletter for events that are happening in the next month.